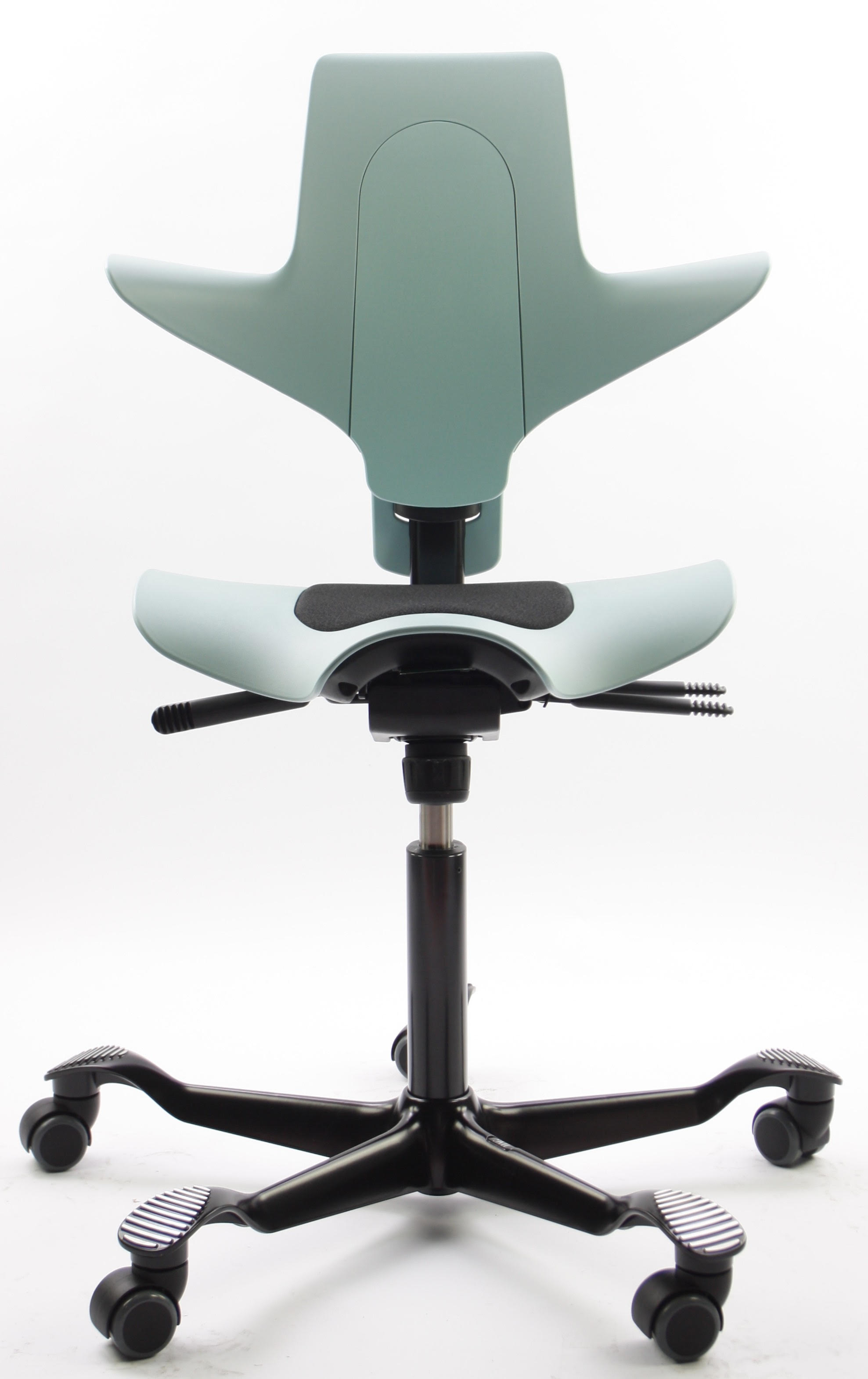 When Ponzius Pilate – Prefect of Judaea from AD 26 to 36 – uttered to the crowd, crammed in a Jerusalem’s square, the words “Ecce Homo!” (Here is the man!), he had tried, in order to save Jesus’ life, to further belittle that suffering, humble, although mysteriously imposing person.

On the contrary, here, in my “Ecce Chair!” title, the meaning – of course, with no intention to offend Christian believers – conveys the opposite. In short, whereas in Jesus, his qualities were hidden to that jeering crowd, in the case of this HAG Capisco Puls chair they are shown blatantly evident.

Actually it took me quite a bit to find the right chair on which I could sit for hours without feeling discomfort. There are two main reasons why this doesn’t happen with a Puls chair, and they both come out from its unusual, but logical design: first, the sitter’s thighs benefit from a frontal steep downhill sitting design which eases his legs’ blood circulation; the other advantage being the fact that your backbone – because of the free space in the back of the seat – isn’t anymore compressed and therefore enjoys the correct spinal posture. Last, but not least advantage lies in the fact that during our meditative moments we may comfortably put our arms on the backrest’s two horizontal appendixes.

In general, a perfect design is always coupled with industrial ethics  and this reminds me here of Adriano Olivetti and his affordable mass-marketed Lettera 22 typewriter, the slimmest “word processor” when appeared in 1950.  Norway – where the industrial designer Peter Opsvik comes from – is permeated too by such a praiseworthy mix.

Previously this chair was being also furnished with a lower sitting height than the 47cm. actual one. The former lesser value could have benefitted the needs of customers wishing to put their feet on the ground instead then on the foot ring.

In Milano this chair can be found at FLOKK Store , in via Molino delle Armi 11, Phone +39.02 5830 3672, mail: flokk@ergosum.store. To arrive there you can get tram n.15 in via Cappellari on the right side street of Piazza del Duomo: just 2 tram stops.