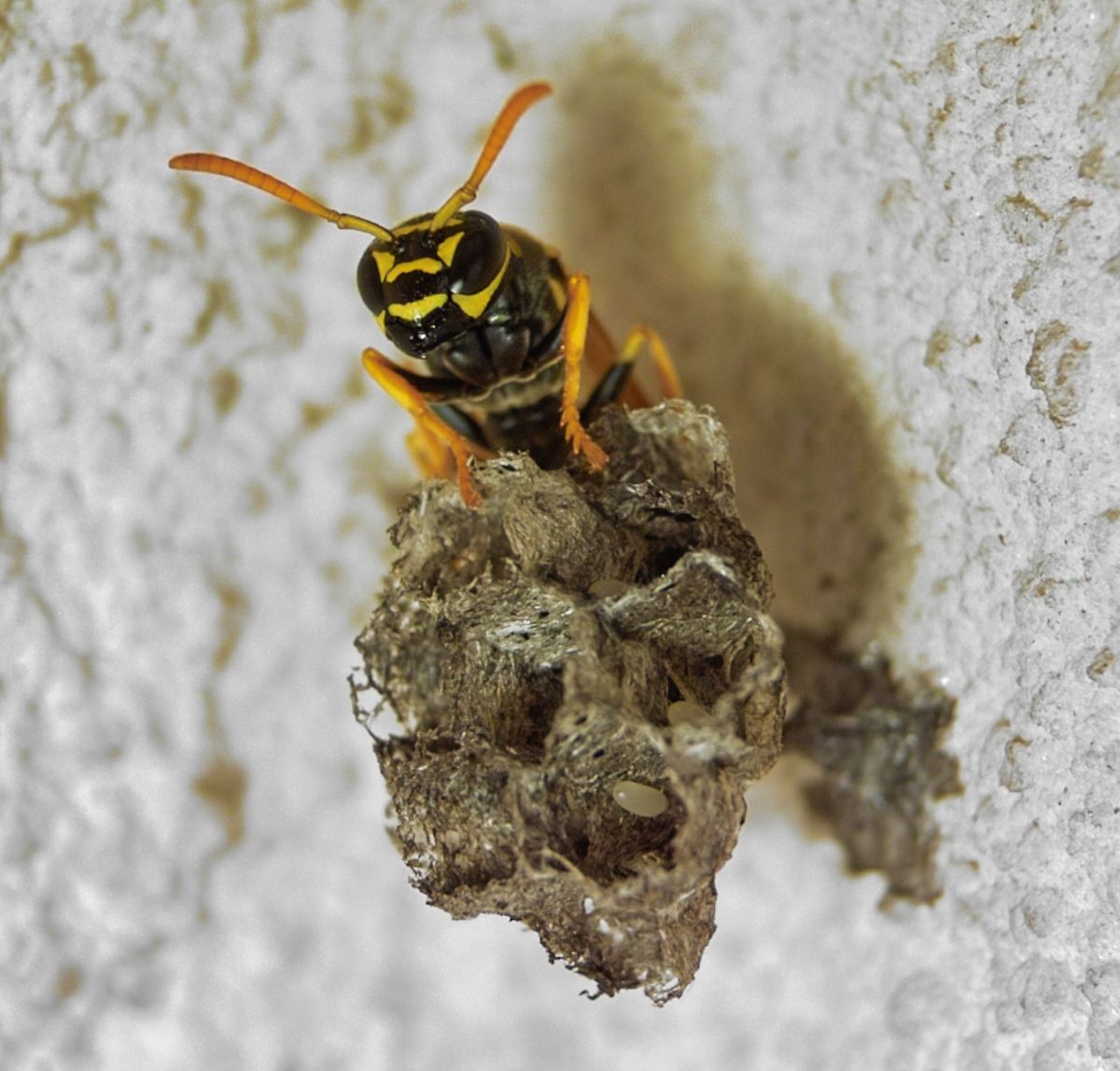 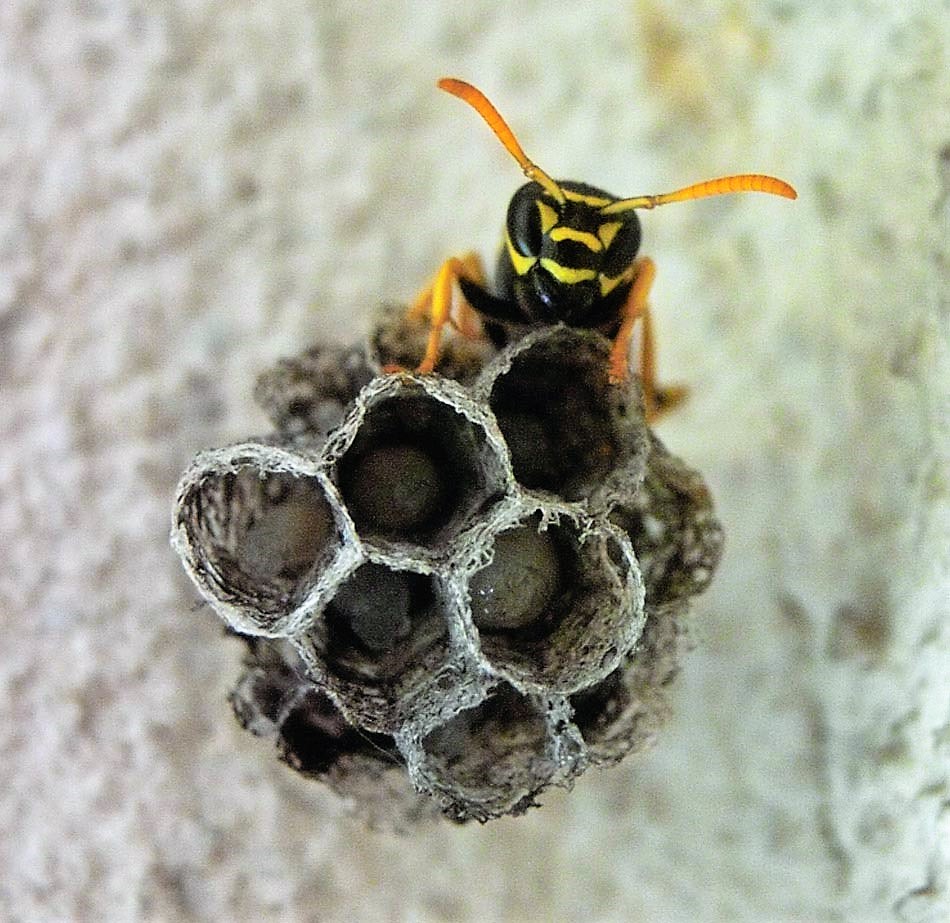 One day a wasp decided that a corner of my balcony most suited her for building her nest. The first time I saw the umbrella shaped nursery, I just cut it off while the bug was outside.

Next day the wasp was hovering over the black spot indicating the detroyed nest foundations; after a while, still puzzled, she handgripped to the wall and pondered with her long wawing antennas what was going on. My presence there as a “neutral” observator didn’t spur her brain to make the right connections.

It happened to me to see the same wasp the day after, busy building again her future home; I let her finish it and when, four days later, she laid down the next series of eggs, I cut the umbrella again. I was curious to see – making an hazardous comparison with humans – if she had the same attidute as Italians, in coping with difficulties and, when is the case, to surmount them at full speed; in the end she too looked as a tipical italian wasp, as the italian bees, for example, most renowned for their mild behaviour and high volume honey production.

Well, when she found for the second time her work vanished she again gripped to the wall and she passed a whole two days there – except for searching food and beverages – and I was almost sure she had definitively given up to the compelling nature’s duty.

I was wrong; for the third time she began to work again on the same spot, only a couple of cm away from the two aborted nests.

There was a problem though. The wasp after so many failures was very wary of any external approach; the first time I neared her nest she opened her wings signalling she was going to attack me. Therefore, in order not to be inflated by her punctures, I thought to establish a contact with her; an almost alien one. I reasoned, that being so hot, she was also suffering the heat, so for 4-5 day I offered her, with a long and thin stick, food and beverages.

She let me understand, via a series of denials and approvals, that she appreciated most micro chunks of Feta, the tasty Greek cheese; as for drinks she decidely opted for Sicilian oranges fresh juice. Later, when I first aimed at the nest with my camera, she began to roam in circles over the nest platform for a while until she settled, in guard mode, behind its building.

Since then we had respected each other and her pupae inside had grown at an alarming pace. My question at the time was if mother wasp would have delivered to her kids the information that I was no more dangerous. Well, she supposedly had done, as the young wasps once they were able to fly, left for good the nursery mansion.

Footnote: the picture has been taken with an old peculiar Polaroid x530 model on which has been mounted a three layers Foveon sensor, although it was a downsized sensor of the one used by Sigma in its DP1 model.

The Japanese company when bought in 2008 the USA company, had introduced a series of three layers sensor models. As 2022 it has kept alive this technology only for a landscape camera: the DP Quattro equipped with a new Foveon Direct Image Sensor which produces unattainable quality images compared to any brand. Nevertheless, since few years Sigma has opted for a Back-illuminated single layer Bayer sensor – most apted too for pro filmmaking –  for its top model: the FP-1 L. Here you can watch a review in  Italian about this new model.

If you happen to drift on a raft in a remote area of a large sea, you will be visited first by curious and opportunistic seagulls.  Then, because fishes’ schools will gather under the raft, you will see also some shark fins beginning to turn around you. But the thing to hope not for, is to run into a fleet of killer whales: Global Warming has made them very nervous because is causing scarcity of fish in the seas, so much so that they have recently started to attack white sharks to feed on their large livers which are high in proteins. Therefore, they could also consider you on the raft as a first snack, even if a meagre one.

I was luck for sure in getting such a picture, aided too by my attention to details, even the minor ones. Here a young pigeon -not yet fully aware in which world it has landed – snoozes on a building facade while its mother flees away at my passer by. Before its takeoff I had already pointed my phone camera to the scene. 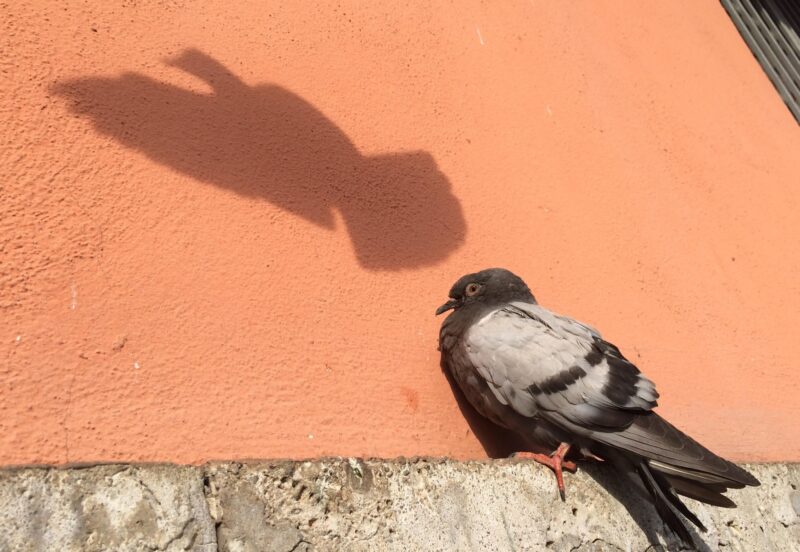 The forms of the water

Such a simple element is able, on a shoreline, to design such interlaced fine trickles that they act as rest for our modern minds. Water, so mistreated and wasted on Earth, so precious and searched on Moon and Mars. 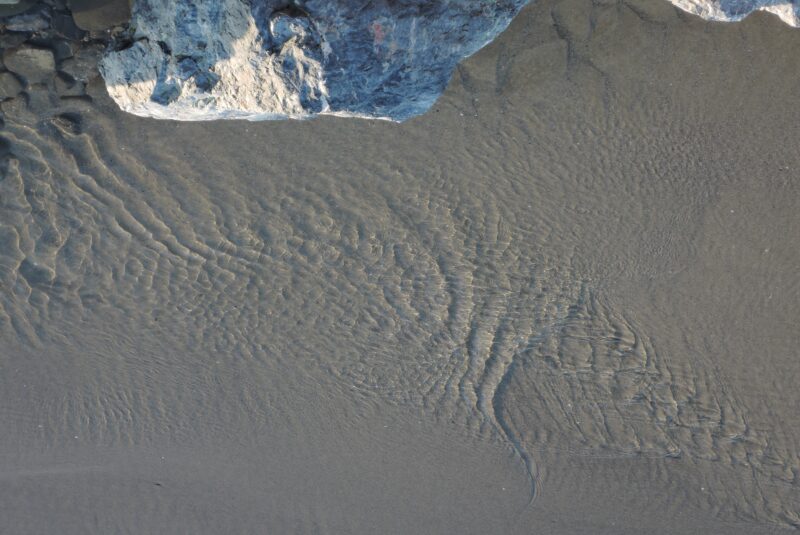