Ten years ago I had hosted my nephew Stefano on his way to St. Moritz where he was working, at that time, as kitchen Commis at the Metropol Hotel inner restaurant. Later on he was upgraded as Sous-Chef in another Swiss restaurant.

While he was showing me his personal knives collection, I thought to make him a portrait; actually he wanted to shave his face first, but I deterred him lest he would have lost the passion which was radiating from his eyes while talking about his special Japanese knives and some of his personal recipes. I think I have succeeded to portray – apart the above mentioned passion for his job – his strong determination and happy state of mind, a mix which would have helped him a lot in his future career. 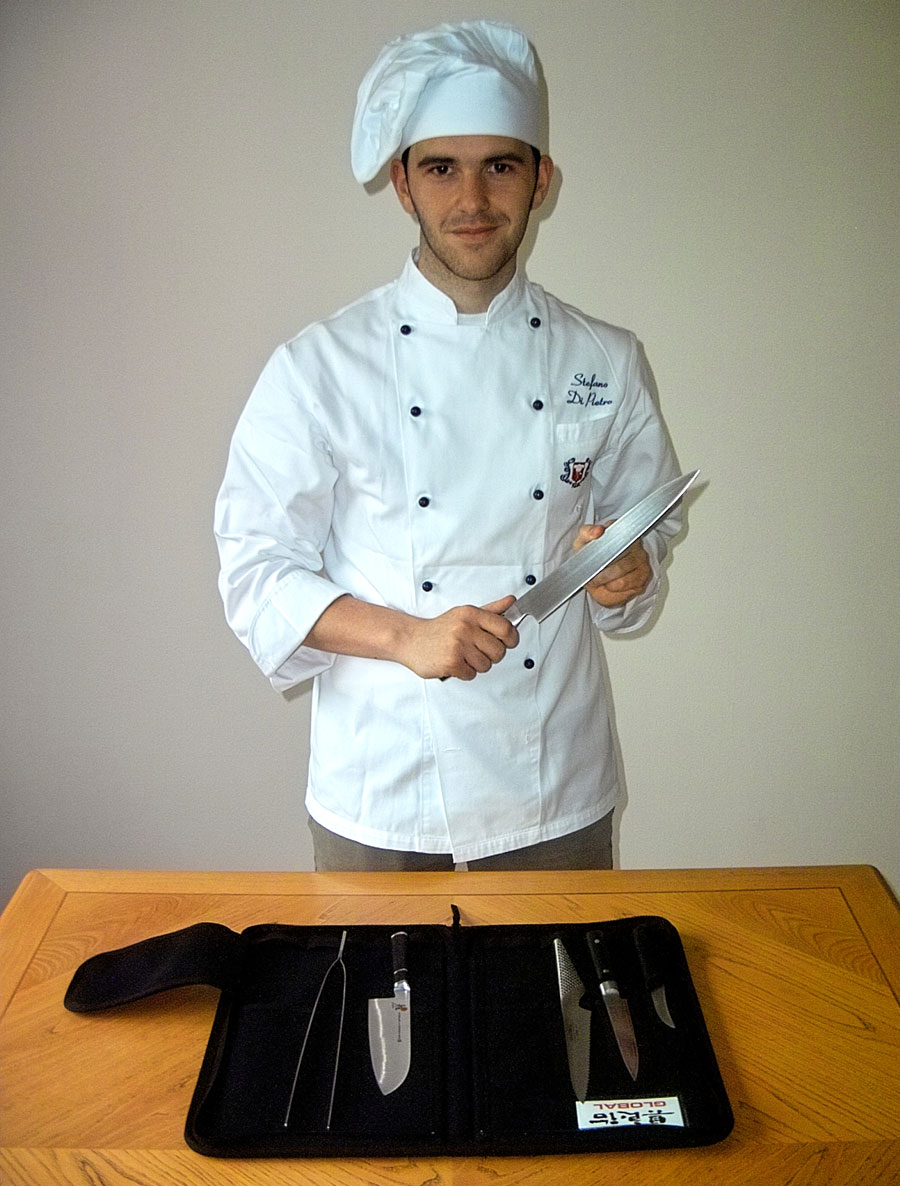 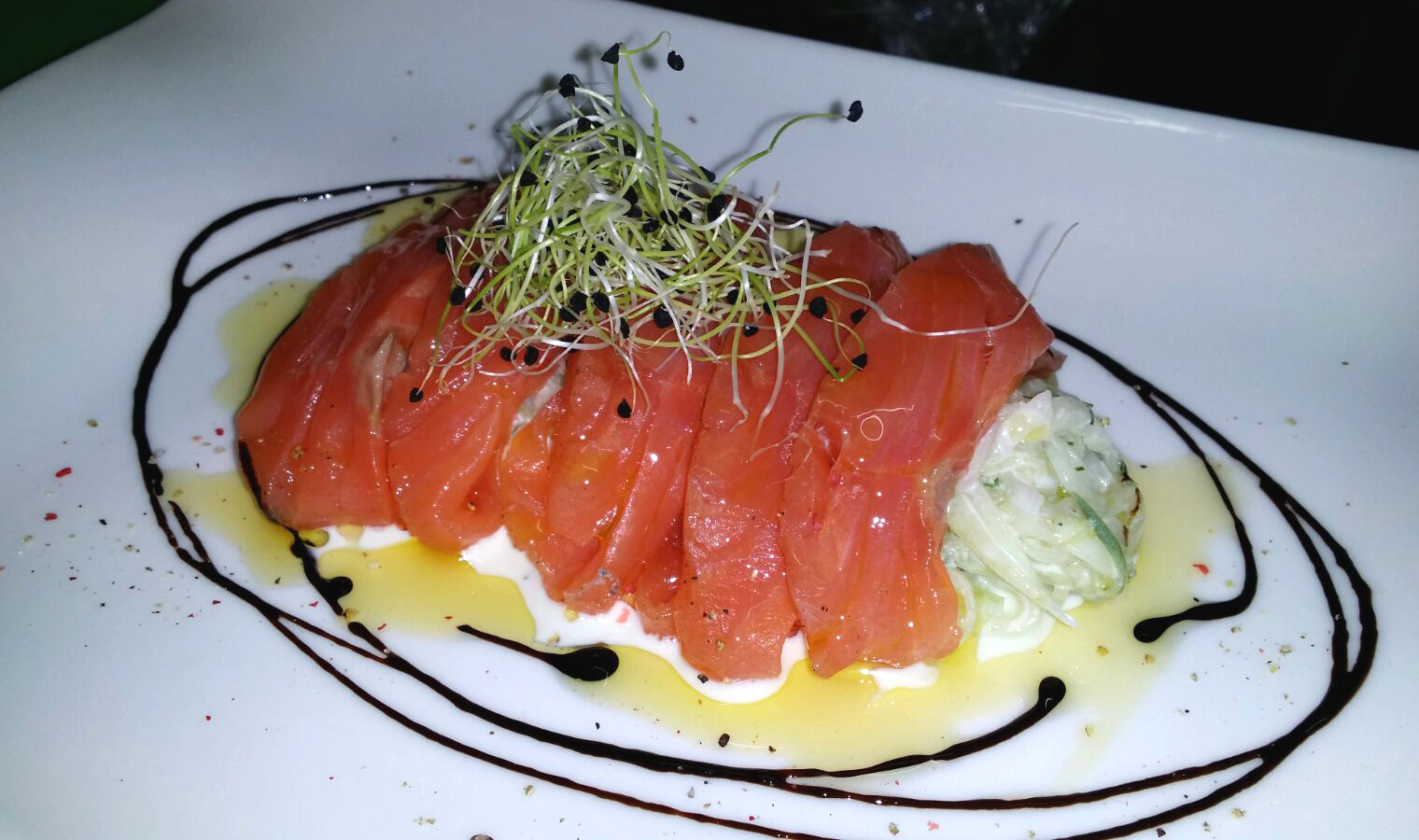 Above, one of Stefano’s appealing main courses: Spaghetti made from cucumber, drenched in French sauce and covered with fresh marinated salmon slices topped by onion’s sprouts.

Since 2022 he has been working as Chef in a swiss cozy restaurant. Although he has to bear now more physical and psychological pressure, he is getting boosted by his professional results. 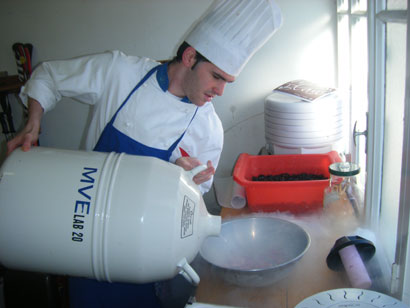 In the next three pictures: multicolor sheet of dough for dumplings in the restaurant kitchen; ravioli stuffed with spinach and ricotta, garnished with a fried sage and nowadays Stefano with famous meat cutter Dario Cecchini during a barbecue event 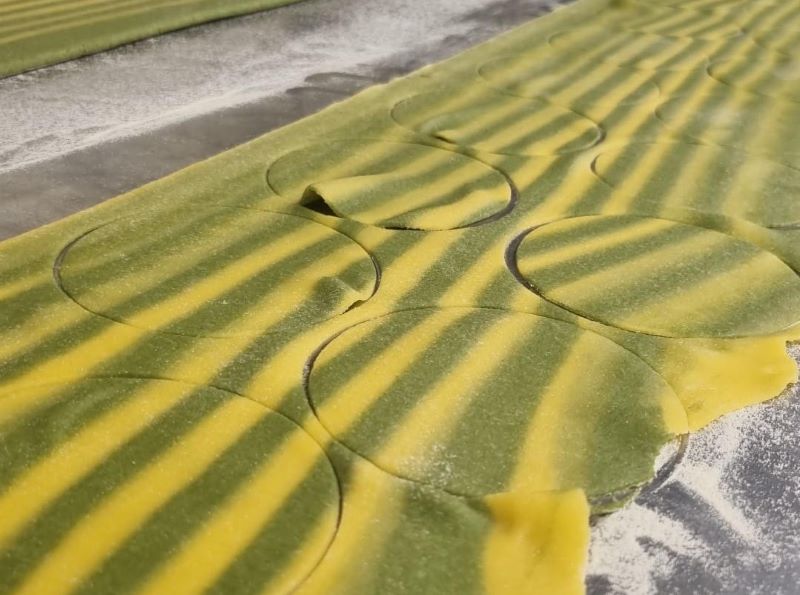 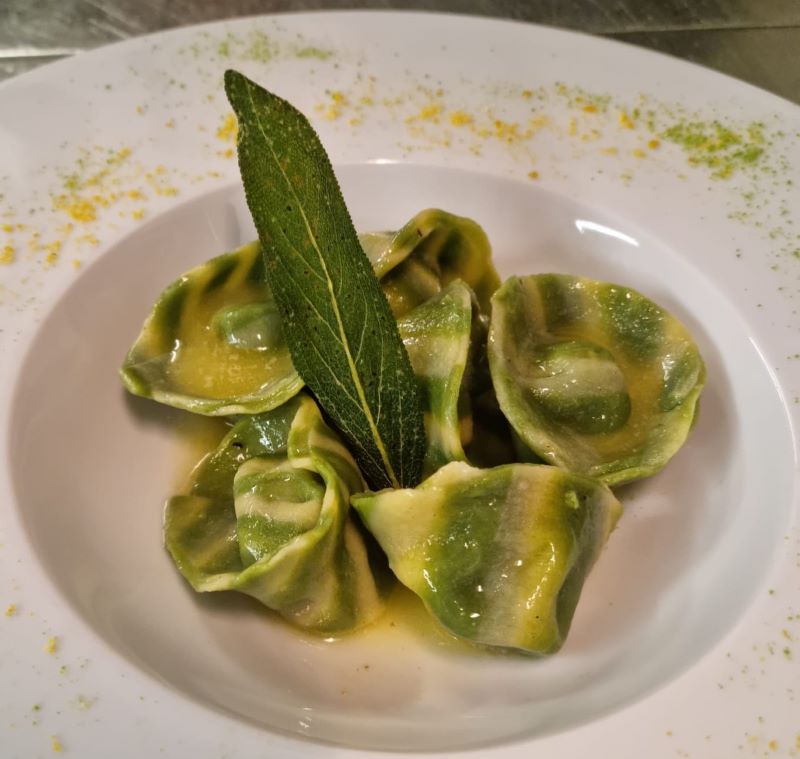 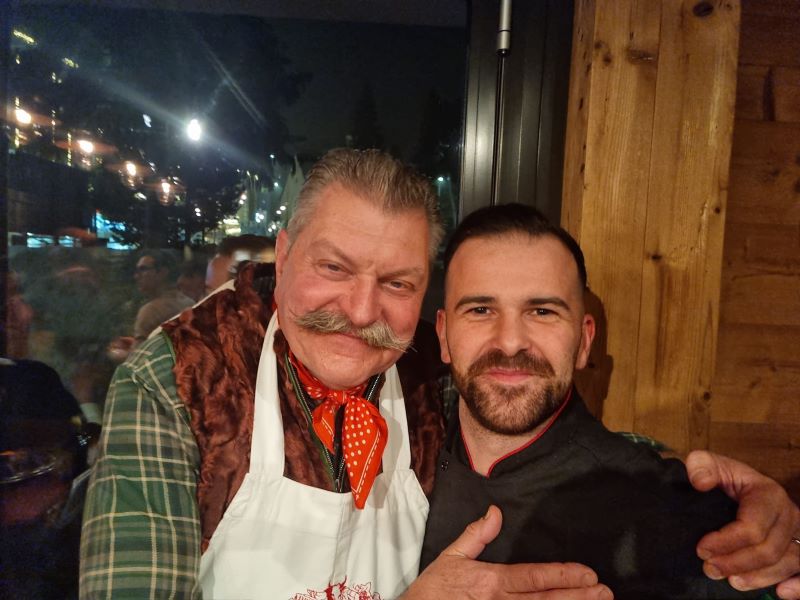 Hereunder Stefano at Consultant and Head Pastry Chef Tommaso Molara’s pastry laboratory in Valguarnera Caropepe, Sicily, during a stage. Mr. Molara had won, in 2016, the World competition prize on artistic chocolate. Click on picture to enlarge. 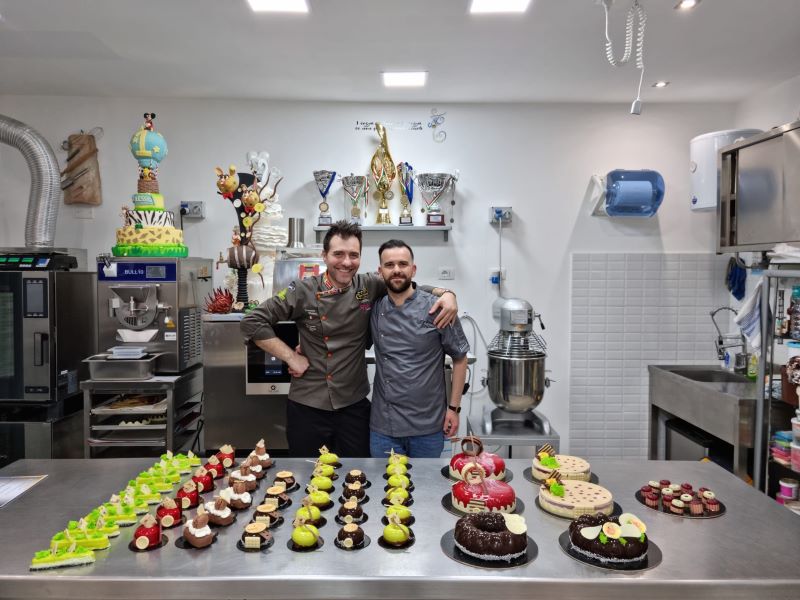